Free Delivery - JML Direct Ireland
on all carts over €45 at jmldirect.com 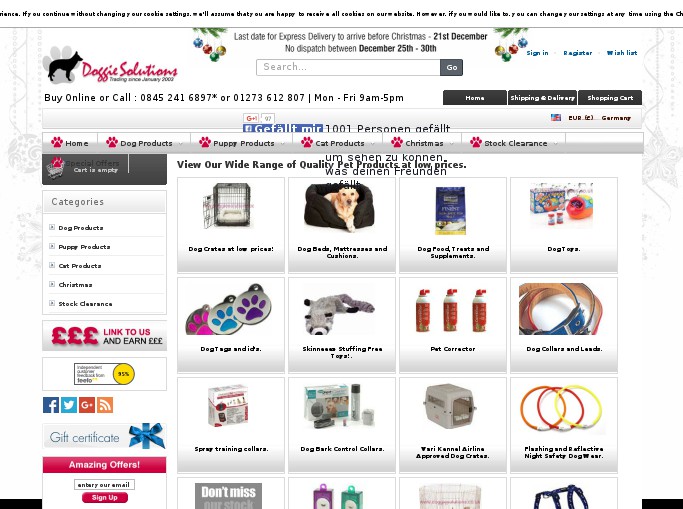 Doggie Solutions was founded by Chris  Cole in 2003. Chris Cole has been training dogs and competing in dog agility competitions since 1992. In 1995, Chris became involved in training animals for films and television shows. Among the many productions he has been involved in are 101 and 102 Dalmatians.

Between 1998 and 1999 Chris worked at the animal show at Universal Studios in Hollywood training dogs (including Beethoven) for the animal shows in Hollywood and Tokyo. In between his film and television assignments Chris has helped many people and their dogs overcome training and behavioural problems. He has also been involved in training a wide range of other species including birds, monkeys and apes. Chris competed in agility with his dog Cap. Their many achievements include qualifying and competing in the Championship Finals at Crufts in 2006 and 2007. Chris Cole and Cap qualified for the Great Britain team competing at the IFCS World Championships that took place in Belgium in May 2008, They won the silver medal only being beaten by Canada.

Doggie Solutions UK on the web