10% OFF ETO Jeans
on all orders

Up to 50% OFF on selected furniture at debenhams.ie

10% OFF Laura Ashley
when you sign up to the newsletter 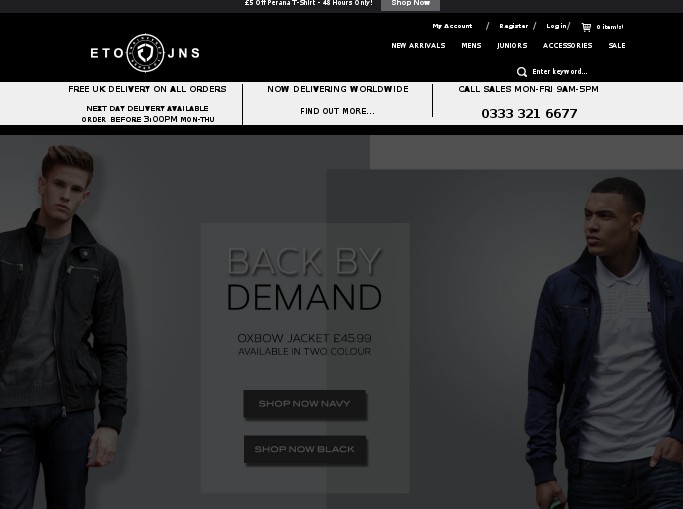 ETO Jeans is a leading contemporary designer of men's urban fashion launched in 2007. Having gained inspiration from spanish architect Antoni Gaudin ETO jeans is known to stand out from the masses and to pay particular attention to detail. Specialising in mens fashion with fantastic deals to offer such as Free Next Day UK Delivery,  Worldwide shipping, Exclusive discounts for both domestic and international customers.

At ETO Jeans they pride theirselves in a incredible customer service to ensure that customers get all the support they need as soon as possible. In a short space of time since their inception, ETO Jeans has featured in UK's top fashion consumer titles such as Menswear Insight, Drapers, FHM and GQ magazines. ETO Jeans are also featured in the English Premier League Football.


USE DISCOUNT OFFER
10%
OFF


USE DISCOUNT OFFER
15%
OFF

expired 15% OFF ETO Jeans
on all orders

ETO Jeans on the web