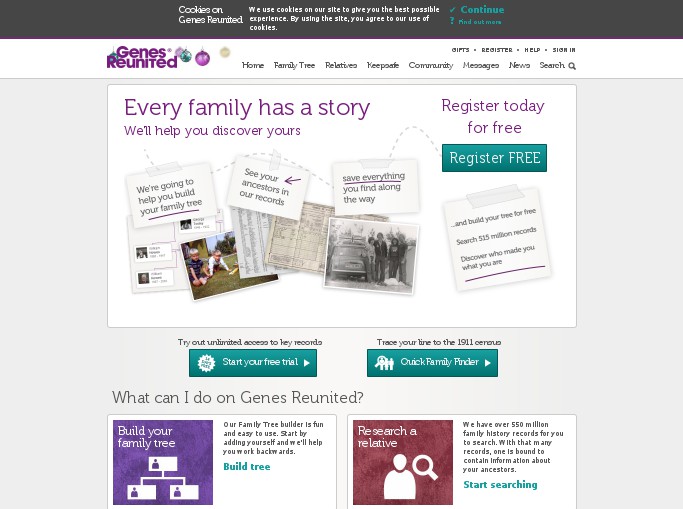 Genes Reunited is a great place to start easily building your family tree, with millions of simple-to-search records. There’s an active community on hand to share useful hints on tracing your ancestry with Genes Reunited birth, marriage, death, military, census, parish and overseas records - and it doesn’t stop there. You’ll also have access to two hundred years of fascinating historical newspapers with the British Newspaper Archive.

You can redeem your gift by clicking on 'Gifts' at the top of the site, on the 'Redeem your gift' link in the 'Subscription Gifts' box on your home page. You'll need to enter the code you've been given by the person who purchased the gift for you. Once your gift has been activated, Genes Reunited will send you an email letting you know what to do next. You do need to be registered on the Genes site and logged into your registration before you can redeem your gift.

expired 20% OFF Genes Reunited
on all subscriptions

expired 20% OFF Genes Reunited
on all Platinum subscriptions

Genes Reunited on the web