Free Delivery - New Look Ireland
on all carts over €35 at newlook.com

Standard ireland Delivery only 1€ at newlook.com

Free Delivery - The Costume Shop
on all carts over €39 at thecostumeshop.ie


Please enter a voucher code directly in the 'Enter Promo Code' box on the basket page and activate encashment by hitting the "APPLY CODE" Button. Discounts will be applied only if the code is valid and meets the minimum value required. 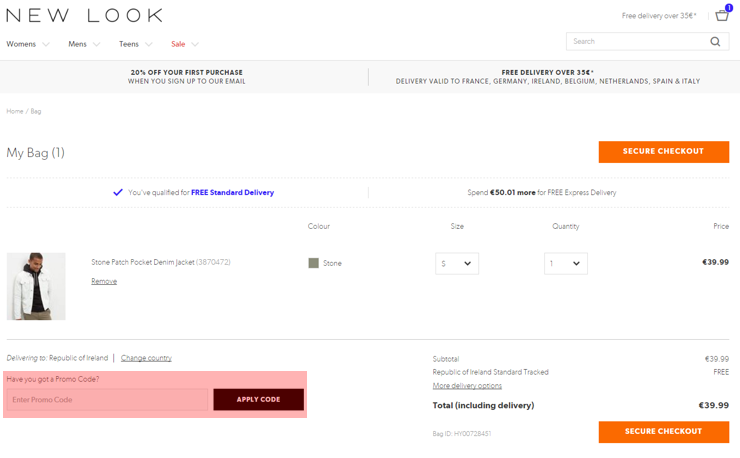 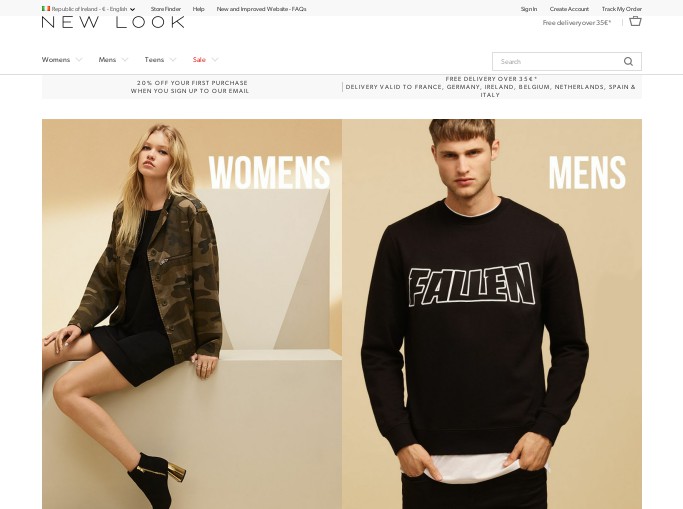 NEW LOOK is the UK’s favourite value-fashion brand. They’re totally committed to making the latest trends and hottest celebrity looks available to everyone –regardless of age, size or shopping. In addition to their exciting transactional website at NEWLOOK.COM (which ships to over 120 countries worldwide including Republic of Ireland), there’s a NEW LOOK store on every major British high street and busy shopping mall – 590 in total. And they have almost as many stores further afield, including mainland Europe, the Middle East, and South-east Asia. The largest New Look store in the world opened in Dublin, Ireland on 4 November 2010, located at the Jervis Shopping Centre. It is the 29th New Look store in Ireland.

The company planned to open 20 menswear stores by 2016 and currently has over 10, with growth continuing.

Within the UK, NEW LOOK is number one in women’s shoes, denim, and dresses. In fact, they have the biggest share of the UK fashion, footwear and accessories market for women under-35. New Look Ireland is growing similarly.

expired 15% OFF New Look Ireland
on all orders over €40

expired 15% OFF New Look Ireland
on all orders over €40

expired 20% OFF New Look Ireland
on all orders

New Look Ireland on the web