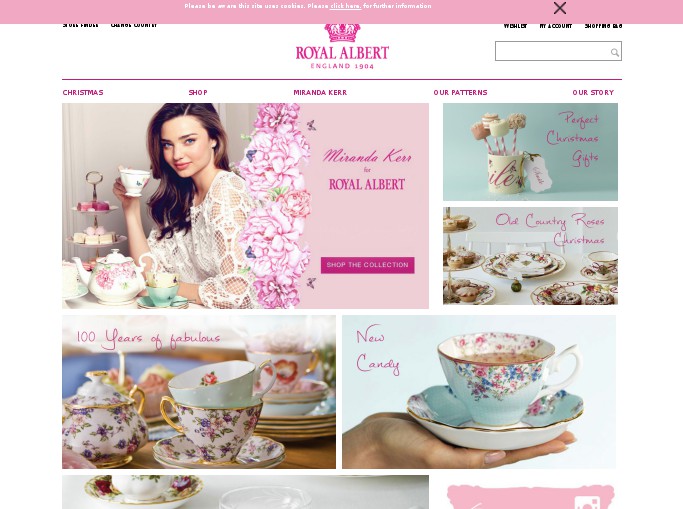 WWRD is the leading provider of luxury home and lifestyle products sold worldwide under the renowned brands of Waterford, Wedgwood and Royal Doulton. Royal Albert– The story of Royal Albert stretches back over 100 years. Whilst the Royal Albert brand was created in 1904, its roots are to be found in the Albert Works, built in 1896. The Albert Works commemorated the birth of Prince Albert in 1895. After his older brother Edward abdicated the throne, much to his surprise, in 1937 Prince Albert, the Duke of York became King George VI, the father of the Queen.

Thomas Wild & Sons built up a reputation of producing beautiful china tea and breakfast sets and firmly established the Royal Albert brand. English bone china was admired for its lightness, translucency and its soft subtle almost pearly white quality. Much approved of by the tea-party hostess of the nineteenth and early twentieth century.

expired 5% OFF Royal Albert
on all orders over £50